Skip to content
Imagine this scenario. A doctor heading a prestigious medical association produces an official document involving health and dealing with helping people afflicted by difficult situations. In response, a group of people show up on the internet, denouncing this document, accusing him of incompetence, and claiming his article goes against all medical knowledge that preceded it. Would you accept the opinions of these people on their say so? Or would you look into their qualifications to comment on the END_OF_DOCUMENT_TOKEN_TO_BE_REPLACED
What are we to make of the factions who are utterly convinced that the Apostolic Exhortation Amoris Lætitia is about letting people in sinful situations continue, only disagreeing over whether it is a good thing (the secular media and some liberal Catholics) or a bad thing (some conservative Catholics)? I’ve read the Exhortation myself and find it entirely consistent with Catholic moral teaching, including the task of determining culpability for a specific individual struggling with sin (Pre-Vatican END_OF_DOCUMENT_TOKEN_TO_BE_REPLACED
Claiming a person chose wrong and chose so out of malice is a strong accusation. We must prove the accusation is true before we look for motives why the person acted in a certain way. If we don’t give proof, then our charge is not proven and all our speculation on motive is meaningless. This is why so many news articles and blogs aggravate me. People assume wrongdoing, then make wild accusations over why wrongdoing occurred. Here are some examples from the past week. Struggling to Pull Defeat END_OF_DOCUMENT_TOKEN_TO_BE_REPLACED 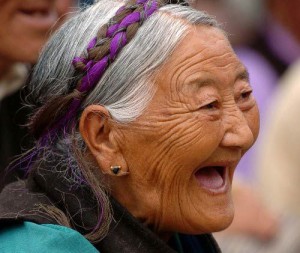 “Laugh and grow strong.” ( St. Ignatius of Loyola) I was stunned when I first discovered this quote by St. Ignatius because I associated the soldier-saint, who founded the intellectual Jesuit order, with the serious, arduous Spiritual Exercises. I could hardly imagine St. Iggy spouting a phrase which appears at first glance to be flippant. Yet, this quote illustrates that Ignatius grasped a deep, spiritual truth which many Catholics do not understand:  joy is a gift from God. The END_OF_DOCUMENT_TOKEN_TO_BE_REPLACED
In the 1888 encyclical Officio Sanctissimo, Pope Leo XIII encouraged Catholic participation in the legal system to change unjust laws. Part of this document asserts: [12] Effectively the laws give Catholics an easy way of seeking to amend the condition and order of the State and to desire and will a constitution which, if not favourable and well-intentioned towards the Church, shall at least, as justice requires, be not harshly hostile. It would be unjust to accuse or blame any one amongst us who END_OF_DOCUMENT_TOKEN_TO_BE_REPLACED
From the first century AD to the present, harassment and persecution of the Church by government or cultural elites have followed a pattern: Accuse the Church of obstinately clinging to an unpopular teaching out of hostility and bad will. Attack the Church, using a false accusation as justification for unjust treatment. Offer to relent if the Church will cede a part of the obedience owed to God to the state. When the Church refuses, increase the attacks and use that refusal as “proof” END_OF_DOCUMENT_TOKEN_TO_BE_REPLACED
I have encountered some hostility between Catholics who debate over whether to vote for a major party, third party, write in or not vote in the 2016 elections [†]. Since all of the candidates seem flawed in a major way in this election, I’m not going to attack their decision as sinful when it is obvious they are seeking to apply the Catholic teaching and their conscience [*] to what is a bad situation. But I do think some of the arguments given for voting their way are flawed and need to be rethought. END_OF_DOCUMENT_TOKEN_TO_BE_REPLACED
Christianity, believing God exists and that we must always seek to know, love and serve Him, sometimes finds itself at odds with a society which embraces values which reject what God commands. When that happens, we discover that the one unforgivable sin in society is choosing to obey God rather than men. I’m of the view that this happens because people don’t like to be told they are wrong in how they choose to live. If someone should dare to be a living witness to the fact that the values embraced END_OF_DOCUMENT_TOKEN_TO_BE_REPLACED 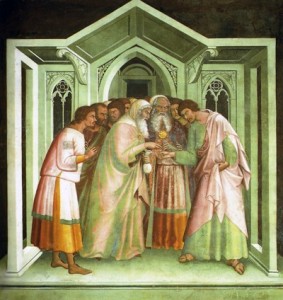 Today is Holy Wednesday. In today’s reading from the Gospel of Matthew 26: 14-25 we hear of Judas Iscariot’s betrayal of Jesus Christ: One of the Twelve, who was called Judas Iscariot, went to the chief priests and said, “What are you willing to give me if I hand him over to you?” They paid him thirty pieces of silver, and from that time on he looked for an opportunity to hand him over. We are Judas when we betray Christ I think it is safe to say, that we are all kindred spirits END_OF_DOCUMENT_TOKEN_TO_BE_REPLACED
In 1881, in the midst of attacks of the nation-states on the Catholic Church, Pope Leo XIII (reigned 1878-1903) issued the encyclical Diuturnum on the authority of civil governments. In it, he lays down the source and the scope of that authority. Far from being an anarchistic document or demanding the establishment of a theocracy, Pope Leo XIII indicated that a legitimate government with legitimate laws has the right to be obeyed. However, that government does not have absolute authority over every END_OF_DOCUMENT_TOKEN_TO_BE_REPLACED
Page 1 of 78 123456Next ›Last »

Please use this button to link to the Catholic Bloggers Network: 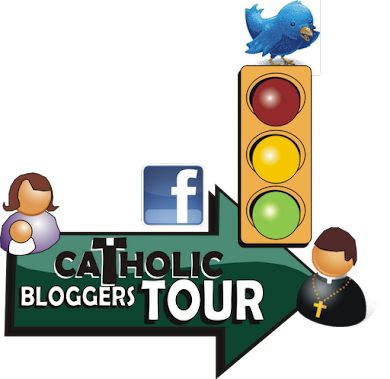 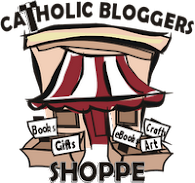 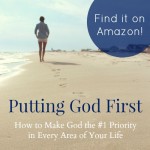 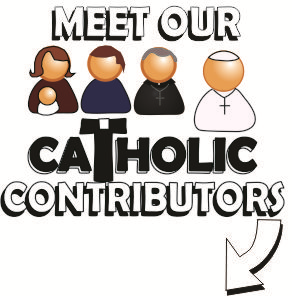