In a surprising turn of events, UFC women’s bantamweight champion Amanda Nunes has reportedly been hospitalized, and her UFC 213 main event scrap with Valentina Shevchenko is now in jeopardy according to multiple sources. Amanda Nunes has been feeling ill this week. She's currently in the hospital. Tonight's main event is in jeopardy. No official...

As he prepares for his comeback, Georges St-Pierre explains his temporary hiatus from MMA.

The post Georges St-Pierre explains reasons for his four-year hiatus from MMA appeared first on TheMacLife.

Jon Jones manager not concerned with rift between Jones and Dana...

Joseph - August 18, 2017
0
Brad Pickett retired from a decorated mixed martial arts career having retired from the UFC on March 18, after losing with 70 seconds to go against Marlon Vera at UFC FIGHT NIGHT London. The send off for the popular fighter was extraordinary. Yet Pickett is back, and will compete in submission grappling

Dangerous Brazilian middleweight contender Ronaldo “Jacare” Souza has not been seen in the cage since April, when he was smashed to a second round TKO by new UFC interim middleweight champion Robert Whittaker. While nothing is official just yet, it sounds like that could change very soon. Speaking to MMAFighting.com, Jacare’s managerÂ Gilberto Faria explained that...

The co-main event of last night’s (Sat. September 17, 2017) UFC Fight Night 116 event saw a late change, as rising welterweight star “Platinum” Mike Perry’s originally slated opponent, Thiago Alves, was forced to pull out of the fight. Alves was replaced by UFC newcomer Alex Reyes, who was made quick work of by Perry […]

VIDEO | Go behind the scenes of Bellator NYC

On June 24, Bellator MMA touched down in New York City’s hallowed Madison Square Garden with the aptly titled Bellator NYC card. This card stands out as the biggest in the promotion’s history. The card was headlined by a light heavyweight grudge match between UFC veterans Chael Sonnen and Wanderlei Silva, which Sonnen won by...

The post VIDEO | Go behind the scenes of Bellator NYC appeared first on | BJPenn.com.

Great in the ring and great on the microphone. If one was to hear that statement, they would expect me to be talking about a professional wrestler, and not mixed martial arts legend, Chael Sonnen. In an era dominated by Conor McGregor, many people forget that before Connor, there was Chael P. Sonnen. The man […]

Bellator MMA has added another fight to the upcoming Bellator 186 card and itâs a historic one. The promotion will crown its first female 125-pound champion at the event. On Tuesday, Bellator President Scott Coker told ESPN.com that Ilima Macfarlane (6-0) is slated to take on Emily Ducote (6-2) at the event. This will be […]

VIDEO | Did Conor McGregor break his watch, or hurt his hand after smacking...

Boxing club teaches self discipline, confidence for all ages

Step Up Your Running Game With This Stair Workout

NO Age Limit For Martial Arts

Joseph - September 14, 2017
0
Use These Techniques to Land Head Kicks at Will The head kick is the slam..
Read more

Joseph - September 7, 2017
0
5 Ways To Deliver Stronger, Better Punches Your body is like a whip, as much..
Read more
Load more

Eddie Alvarez: Conor McGregor’s Time to Win is Within the First 4 Rounds

Katie Taylor – ‘The best is yet to come for women’s boxing’ – ESPN.com

From time to time, the UFC sends out surveys to their athletes to get their opinion on certain things that the organization may have in the pipeline. An interesting question just caught UFC fighter Sean Strickland’s attention. A photo fromÂ Strickland’s Twitter account was posted, saying that USADA is considering a new tracking app that would...

The post USADA and UFC May Try to Implement New GPS Tracking for Fighters appeared first on | BJPenn.com. 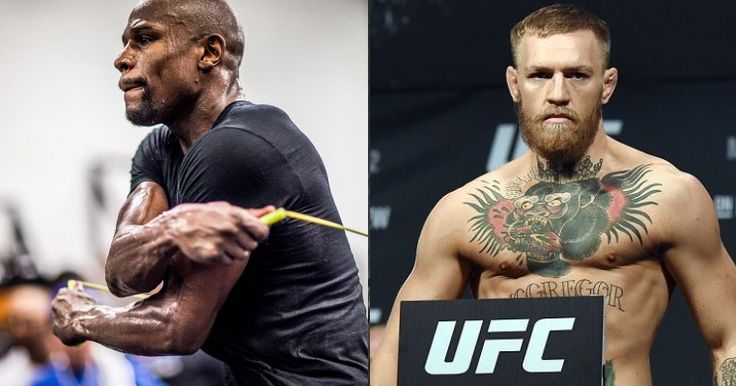 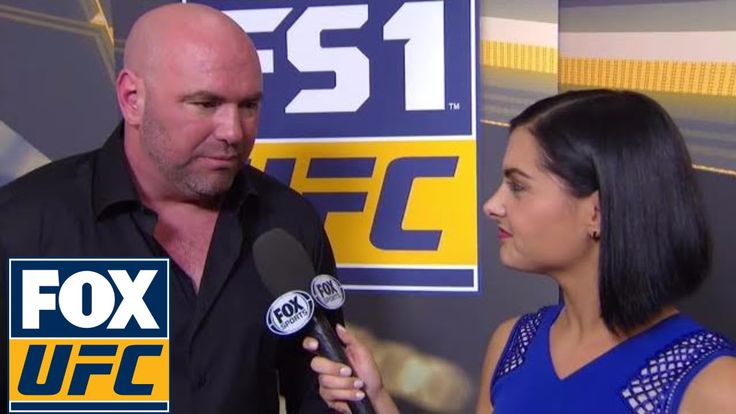 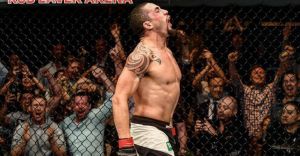 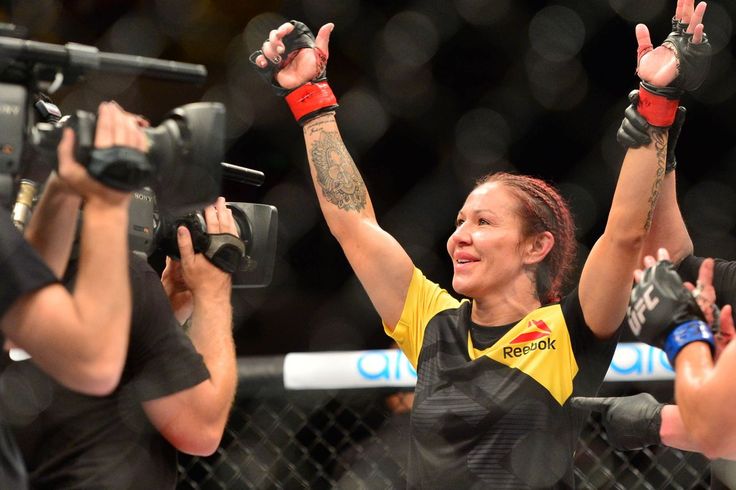 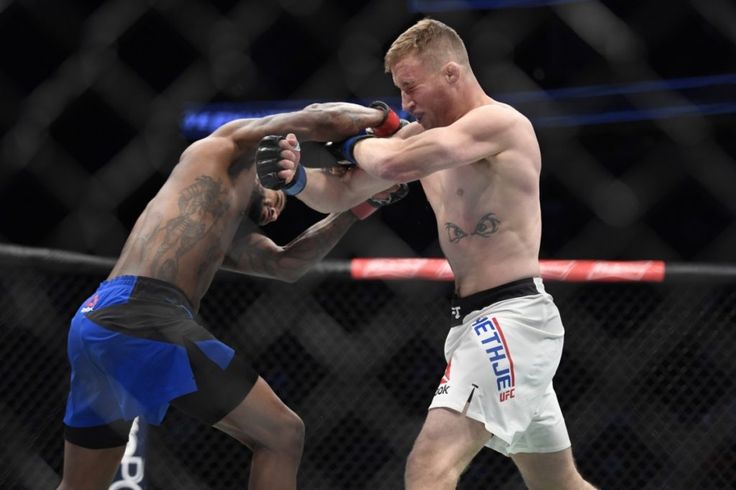 Best Boxing Movies of All Time

Complete Beginners Guide to the Gym
12:16

Jeremy Stephens was able to put on a great performance against scrappy veteran Gilbert Melendez at UFC 215, but there’s one exchange he’d like to forget. Back at the UFC 205 press conference, he tried to zing Conor McGregor on the spot by saying he’s the ‘hardest hitting 145er’ up there. Quick-witted McGregor clapped back...

Who the fook is that guy? The phrase swept the internet thanks to Conor McGregor, and the victim of that trash talk has finally responded… Cast your minds back to October 2016. During the infamous UFC 205 press conference, Conor McGregor slaughtered Jeremy Stephens with a classic line. Stephens was sat in the back row […]

Conor McGregor is no stranger to magazine features and covers. Last year, McGregor and his millions he slid into Forbes top 100 highest paid athletes at number 85. This year? In addition to being a GQ cover boy, he rocketed to number 24Â on Forbes list. After his fight with Floyd Mayweather, he’s on track to...

Earlier this week, Edmond Tarverdyan, Ronda Rouseyâs longtime head coach, made headlines when he said that heâd like to see Rousey return for one fight against UFC featherweight champion Cris Cyborg. Cyborg, like many in the MMA community, has expressed no interest in the bout. Due to Rouseyâs recent losing streak, which includes back-to-back knockout […]

Jorge Masvidal isn't the biggest fan of Michael Bisping, and noted the Brit didn't have much to say when they crossed paths

Boxing’s WBC heavyweight champion Deontay Wilder says he is no stranger to the game of mixed martial arts. While speaking with Sports Illustrated, the topic of Wilder fighting Brock Lesnar was brought up and the boxing champion said some interesting things about a potential matchup with the former UFC heavyweight champion and current WWE wrestling...

The post VIDEO | Boxing champion Deontay Wilder says he would knockout and submit Brock Lesnar in the Octagon appeared first on | BJPenn.com.

UFC fan favorite Matt Brown is set to make his return to the Octagon at UFC Fight Night 120 against another fan favorite, Diego Sanchez as the two are set to fight on November 11 in Norfolk, Virginia. To much surprise, “The Immortal” announced on Thursday via social media that his fight against Sanchez will...

Edmond has ruined the careers of many fighters, but he’s also given us lots of laughs… Edmond Tarverydyan is the most criticized and belittled coach in the history of mixed martial arts. It’s as if he’s entirely blind to things that appear obvious to even casual MMA fans. If you walked up to a casual […]

Nick Diaz says Conor McGregor can ‘put up a fight’ opposite...

Michael Bisping: Daniel Cormier should say what’s on his mind about...

Specify the amount of daily net carbs you’d like to consume. Typically, 20-30 grams is recommended to start with.

Maintenance level is the level at which your weight remains stable.

Your body fat is too low. You should have a minimum of 3% body fat (essential fat you cannot lose). It is not advisable for you to lose any more weight.

Below is a range of calorie deficits to help you lose weight. For best results, it is recommended that you opt for a moderate calorie deficit of 10-20%.

Below is a range of calorie surpluses to help you bulk up and gain muscle size. Keep in mind that you will need to add physical activity (weight training) in order to increase your muscle mass. For best results, it is recommended that you opt for a moderate calorie surplus of 10-20%.

MMA Fight School is your sports, news, mma, entertainment, and health and fitness website. We provide you with the latest breaking news, and videos straight from the industry.
Contact us: mmafightcamp@gmail.com